A common criticism of “modern” wines is that they are over extracted, oaky and jammy. We also hear that modern wines don’t express terroir, they are an expression of the winemaker’s hands in the cellar. I’ve always felt that I have a more classically leaning palate, that I prefer wines that are not too big or heavily oaked, but that is nothing more than my preconception. In an effort to explore the truth of this criticism, I recently opened two bottles of modern wines from two of my favorite wine regions: Tuscany and Piedmont. More specifically, I tried a modern Chianti Classico and a modern Barolo.

One of the major communes in the Chianti Classico DOCG is Greve in Chianti. Greve is located in the northern part of the Chianti Classico region, and its most prominent town is Panzano. Panzano has specifically received some consideration as a town that should be elevated to its own cru status within Chianti Classico, a la the Burgundy cru system. Panzano sits right within a beautifully idyllic part of Greve, the Conca d’Oro. The soils of Greve in Chianti are largely comprised of galestro (a soft, clay-like soil) and some albarese (a type of sandstone). What makes Panzano and the Conca d’Oro special is that the area is a naturally occurring amphitheater. Castello dei Rampolla is one of the wineries that sits in the Conca d’Oro and benefits from the sun exposure and steep hills. 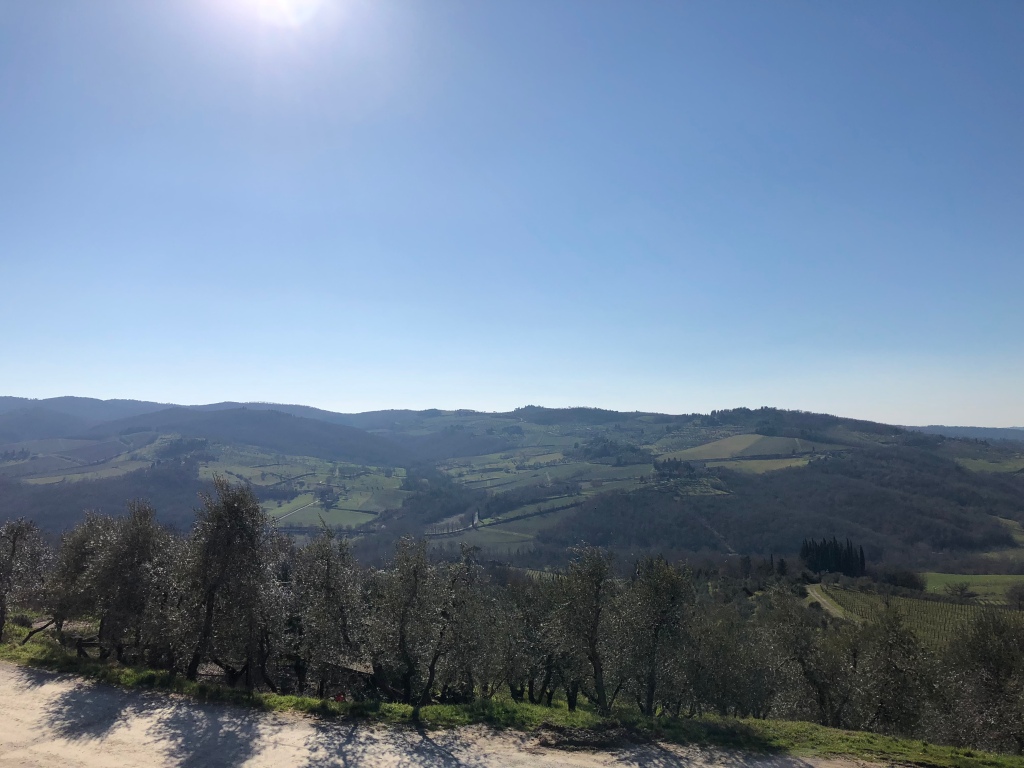 View of the Chianti Hills

Some of the common characteristics that are used to describe wines from Panzano are that the wines can be somewhat austere in their youth, that they have an inherent mineral quality to them, and that they seem to come with a level of extraction or concentration that differs from other parts of Chianti Classico. There are those who have suggested that these qualities in the wines from Panzano and Conca d’Oro make for an ability to stand up to barrique aging, and the inclusion of international grape varietals.

While Chianti Classico wines are permitted to use international grape varieties in the blend, the wine must be 100% red grapes (changed as of the 2006 vintage); must be at least 80% Sangiovese; must have a minimum alcohol level of 12%; and must age at least 1 year prior to release.

2015 Castello dei Rampolla Chianti Classico This Sangiovese-based wine also has Merlot and Cabernet Sauvignon in its blend. This estate practices biodynamics and the grapes are hand-harvested from vines planted between 2002 and 2004. The wine has a relatively long, 30-day average maceration in concrete vats. The wine is then aged 15 months in a combination of French barriques, larger barrels and tonneaux, before resting 3 months in bottle before release. 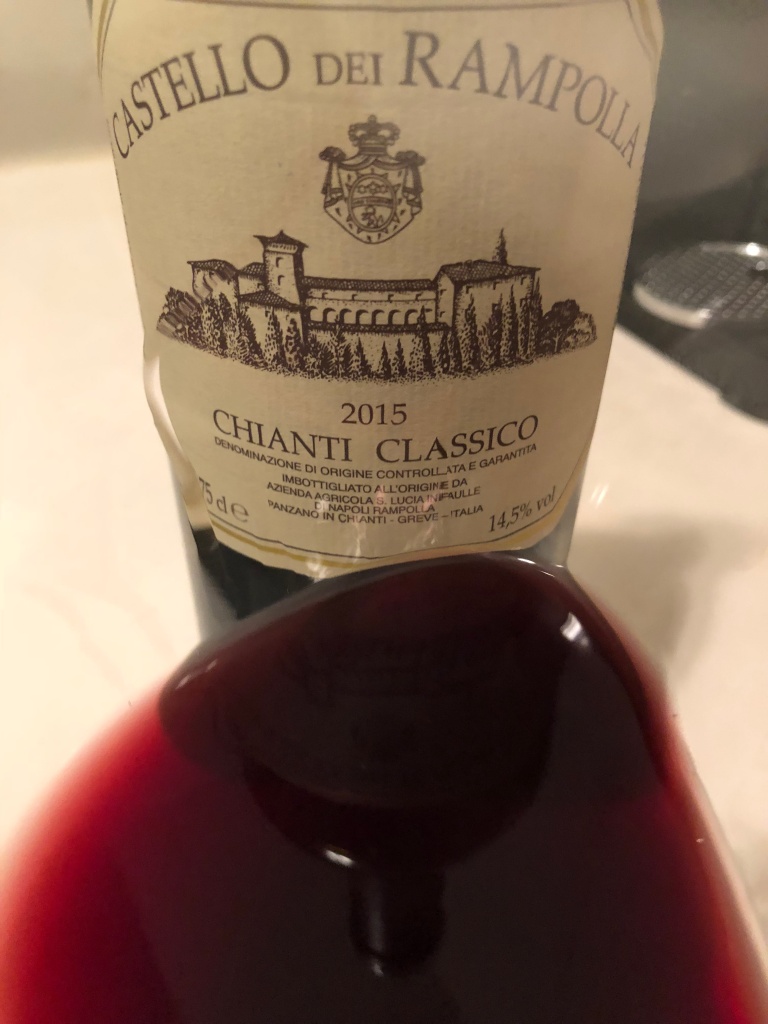 The color of this Chianti was definitely darker, reddish purple in the glass, similar to the color of beets. On the nose, there was leather, graphite, smoked meat and a mushroom/umami note. The palate was powerful, silky and rich, with tannins that lingered along with the distinct graphite presence that came back on the finish. An enjoyable wine, but the level of concentration was more reminiscent of a Bordeaux wine than the cherry-driven Sangiovese that I prefer. Recommend

Chiara Boschis has been running the E. Pira winery since 1990, and while she comes from a famous family of Barolisti (her family owned the Giacomo Borgogno estate from its founding until 2008), when she took over E. Pira, she incorporated green harvesting, shorter maceration and French barrique aging. The aging of Nebbiolo in French barrique was a hugely controversial practice in the Langhe in the 1980s and 90s, and split families apart over the winemaking decisions.

Pira & Figli Chiara Boschis has holdings in the Barolo communes of Barolo, Monforte d’Alba and Serralunga. The soils of Serralunga are grey marls and sandstone, while the soils of Monforte alternate sand and marine sandstone, and finally in Barolo there is blue-grey marl. One of the leading authorities on Barolo and the Piemonte, Ian D’Agata, has described wines from two of communes where Boschis has holdings as follows: that Monforte produces bigger and more tannic wines generally; and that wines from the Barolo commune offer a balance of tannic structure because the soils from the right and left halves of the Barolo DOCG meet in this commune. Serralunga is also known for a more tannic, firm and austere wines that were traditionally meant for long aging.

Boschis is now aging her wines in a combination of 1/3 new French oak barriques, 1/3 barriques that are one year old, 1/3 two year old barriques. Her 2014s are her first vintage as certified organic, though the winery had been practicing sustainable farming methods previously.

2014 E. Pira & Figli Chiara Boschis Via Nuova This wine is made from grapes in all three of the communes where Boschis has vines, sourced from six different vineyards: Terlo and Liste in Barolo; Gabutti and Baudana in Serralunga; Ravera and Mosconi in Monforte. The vineyards are all south or southeast facing and an average of over 300 meters in elevation. The maceration lasts for two weeks (somewhat short for Barolo) before the wines are aged for 24 months in the differently aged barriques, and finally spend a year in bottle before release. 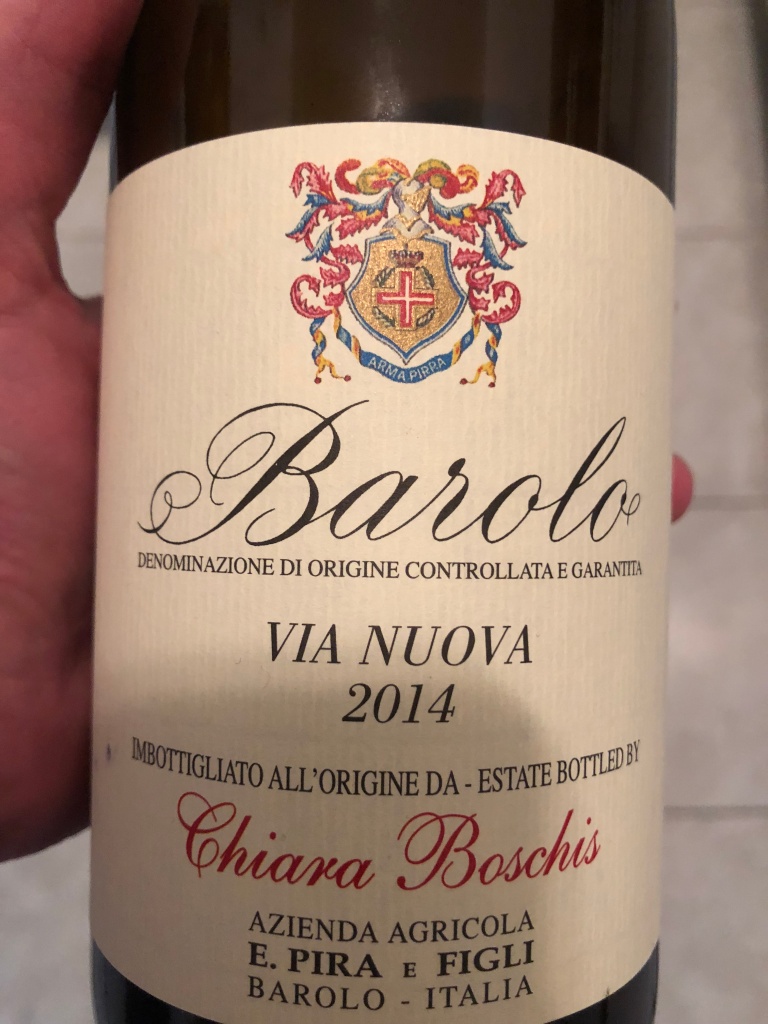 The wine felt somewhat limp and light at first, but grew to show notes of dried cherry, rose petals, chalk, with hits of orange zest and anise. A bit of leather also became present. I found really nice acidity with firm tannic structure on the palate. The finish was long and pleasant, but I did miss the power and austerity that typically comes with young Barolo. Like

Ultimately, my verdict is that modern wines can express terroir and place, this is certainly a topic that requires more exploration. At the same time, for me, these wines were missing something of tradition and history and what I come to expect of Chianti and Barolo. One problem that I realized during this process is that wines made using new French barriques and more rigorous harvesting techniques are more expensive wines to produce, which isn’t necessarily a bad thing when you employ organics and biodynamics. However their price leaves me apprehensive to seek these wines out more regularly because I don’t find those tasted above to be superior to more classically styled wines at a more appealing price point.

View all posts by Kate Kacsuta